What Magnolia Fields RV Park & Resort Has To Offer 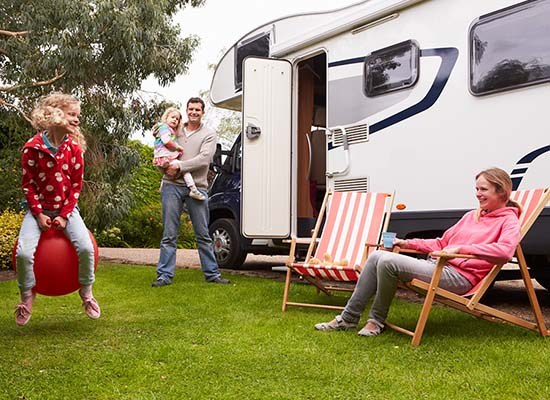 Whether you’re retired and looking for a calm adventure on the road or you simply need a break from life’s stressors, Magnolia Fields RV Resort is an excellent spot to get away, reconnect relationships, and experience the rejuvenating powers of nature. If your road trip or destination includes Magnolia, TX in it, be sure to include a stay at the best RV park near the Magnolia area, Magnolia Fields RV Resort.

Magnolia Fields RV Resort is not just an RV park. It is a peaceful RV Resort that is tucked away among 12 acres of nature in friendly Magnolia, Texas and affordably offers 86 full-service, concrete-padded RV spots where visitors can enjoy a highly customizable stay for one night, a weekend, week or months at a time. Guests can relax in the serenity of nature, partake in the abundance of outdoor activities such as hiking, picnics or gatherings under the pavilion, and enjoy amenities such as indoor showers and a laundry room all while still being close enough to the conveniences of Magnolia, TX. Travelers feel secure knowing the resort is only accessible to its guests and appreciate the privacy offered by the acres and acres of lush forestry.

This brand new RV Resort offers pristine slots, both back-in and pull-through, to accommodate any size recreational vehicles. Each concrete parking pad has its own grassy area with real Texas grass, fresh water and septic hookups as well as electrical connections for 20, 30 and 50 amps. Visitors are pleased that each setup is nicely spaced from other setups, which prevents them from feeling crowded, and allows them to feel like they’re at their own private, tranquil country retreat. You’ll find there to be plenty of room to sit outside and quietly enjoy a good book and a cup of coffee or switch it up by playing a fun game of cornhole.

Magnolia Fields RV Resort desires to provide travelers with an affordable, safe, clean, comfortable, full-service and highly-accommodating alternative to the standard crowded and unappealing RV parks they might encounter along their travels.

In an effort to provide each guest with the most ideal stay possible, Magnolia Fields RV Resort offers highly-customized options. Guests may design their experience to include outdoor seating, hammocks, outdoor lighting, decorative touches and more.

Upon arrival, your friendly host, Tedd, will greet you, ensure that everything is as you requested, assist you with any setup difficulties you may encounter and answer any questions you might have about the greater Magnolia area. He will give you a tour of the resort and be sure to suggest the most ideal spot for your RV and desired experience. As a host with a genuine passion for people, he loves to hear guests’ stories, make them feel like family and aims to treat them with the Southern hospitality they would expect from a charming Texas town.

It’s not uncommon to see dozens of deer, fluffy-tailed squirrels, and other adorable Texas wildlife.

Dogs are welcome, and will certainly enjoy the private on-site pond. 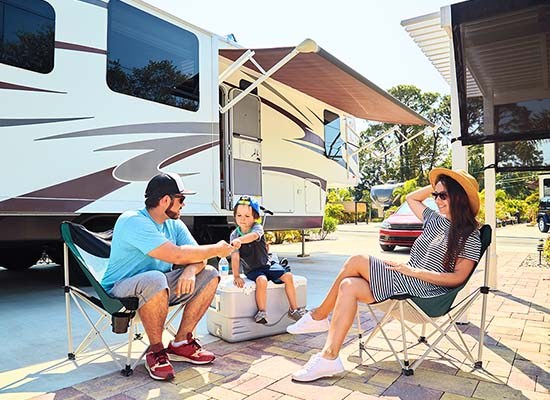 Staying at Magnolia Fields RV Resort allows you to enjoy the history-rich Magnolia, TX in Montgomery County. First settled in the late 1840s, Magnolia, Texas is a quiet city Northwest of Houston, Texas that embodies enjoyable country living and Southern hospitality. Its first post office was established on September 3, 1885, with John F. Dobbs as its postmaster. The community’s population remained under 25 until the year 1900. In 1902, the International-Great Northern Railroad (now operated by Union Pacific) built a line through the area, thus moving the town to its present location. The railroad named the town Melton, in honor of Jim Melton, a large landowner in the county, however, the US Post Office often confused it with another city named Milton. To reduce the confusion, Melton was renamed Magnolia because of the Magnolia trees that grew in the area.

By 1915 Magnolia’s population grew to 150. It was also during that time when Magnolia experienced tremendous growth in its development. It added telephone service, a sawmill, two churches, two general stores, a doctor, a railroad, a hotel, a real estate office, a cattle dealer, a pharmacist, a cotton gin, a blacksmith and more.

During the 1940s, the Magnolia oilfield was established a mile east of town, and the community’s population increased to 400. At this time, additional development continued as it now had two schools, ten businesses, and 45 residences.

As of the most recent census in 2010, Magnolia’s population is 1,393 and its proximity to other cities affords its residents and visitors access to several top-ranked hospitals in the immediate surrounding communities of Tomball, The Woodlands, Montgomery, and Conroe as well as being within a reasonable driving distance of the Houston Medical Center.

Travel by Recreational Vehicle is often also referred to as “Relaxing Vacation”. At Magnolia Fields RV Resort, you can experience the relaxing vacation you desire.

Aside from being relaxing, traveling in an RV has many other benefits, such as cost saving. According to Go RVing, it can be up to 78% cheaper to vacation with an RV versus a regular vacation, even when you factor in the ownership or rental costs of an RV. You’ll find that the rental rates at Magnolia Fields RV Resort line up with this statistic and can help you travel on a more conservative budget without losing desired amenities.

Traveling via RV is also more flexible than traveling other ways. Consider that you can make stops when or wherever you would like and can increase or reduce your stay in any location whenever it suits you. Your itinerary is totally up to you! It is also easy to adjust your route or destination at the last minute. If you were traveling other ways, you would have more things to consider when your decision.

RVs are also very convenient when compared to other forms of travel. It’s like being able to take your home with you! With no luggage restrictions like those of an airplane, you can pack extras such as board games, backyard sports equipment, and even a small barbecue!. There’s no need to worry about searching for a restroom along your route, either. Traveling in your own RV allows you the convenience of having a restroom available 24/7.

Additionally, staying in an RV park like Magnolia Fields RV Resort can provide you with a sense of camaraderie as it can be an excellent place to develop friendships if you choose, as you get to know your fellow campers.

This Is The Primary Call-To-Action Copy Primary CTA